12 of the Most Common Autoimmune Diseases

Autoimmune Disease: What is it, and What Causes it?

The immune system usually protects you from harmful substances, but it mistakenly starts to attack healthy tissue in autoimmune diseases. Many factors can cause this dysfunction, including genetic predispositions, environmental triggers, and infectious agents.

Although determining the exact cause of autoimmune diseases is impossible, the following are factors that may play a role in causing them:

Lifestyle Factors
Lifestyle issues like diet can play a significant role in health. For example, a lack of nutrients from your diet can cause the immune system to react inappropriately to otherwise harmless substances in the body.

There are many signs and symptoms associated with autoimmune disorders, but some common ones include:

Fatigue
Fatigue is a common symptom of autoimmune disease. The fatigue can vary in intensity, but it will often be worse in the morning and gradually improve throughout the day. In contrast to chronic fatigue syndrome, which causes prolonged bouts of extreme morning fatigue, autoimmune symptoms cause episodic and unpredictable levels of fatigue.

Weight Changes
Autoimmune diseases such as Hashimoto’s Thyroiditis can cause weight loss or weight gain. Weight loss happens when the thyroid gland is underactive, and the body cannot regulate levels of hormones that tell it to store fat. Weight gain occurs when the body’s immune system starts attacking cells in your digestive tract leading to leaky gut syndrome and malabsorption. If you have noticed drastic changes in your weight without a direct answer, you may be suffering from an autoimmune disease.

Night Sweats
Night sweats are related to the production of warmth in the body and are also considered a form of hyperhidrosis where one sweats and produces body heat while sleeping. These night sweats can occur in various conditions such as stress, chronic pain, or inflammation since they can cause excessive sweating and make it difficult to sleep. Lupus, celiac disease, multiple sclerosis, and rheumatoid arthritis are all associated with night sweats.

Joint Pain and Swelling
Joint pain is a common symptom that autoimmune diseases can cause. Joint pain is caused by increased inflammation that doesn’t allow your joints to be as mobile and can lead to joint deterioration. Symptoms of joint pain can include pain and swelling in a joint. Painful joints are mainly in the lower back, knees, and ankles. In addition, swelling is commonly felt around these joints.

Rashes and Swelling
Rashes and swelling are common symptoms of autoimmune diseases such as those caused by psoriasis.

Swollen Glands
Swollen glands are a symptom of autoimmune disease found in many different parts of the body, including the face, neck, hands, and feet. Swollen thyroid glands are most commonly seen in Graves’ disease, Hashimoto’s thyroiditis, or thyrotoxicosis.

The Twelve Most Common Autoimmune Diseases

Celiac Disease
In the USA and Europe, Celiac Disease affects about one percent of the population. Celiac disease is an autoimmune disease in which eating gluten — a protein found in wheat, barley, and rye — causes people’s immune systems to react by damaging the small intestine.

Celiac disease symptoms include fatigue, abdominal pain, nausea, and vomiting. Some people with celiac disease can experience no symptoms or only mild symptoms that go away on their own without treatment. In severe cases, an individual can experience weight loss and nutritional deficiencies such as iron and vitamin D.

The disease progresses as the thymus gland shrinks due to being attacked by the immune system. Hashimoto’s is an autoimmune disease that can lead to various symptoms, including weight loss, fatigue, muscle aches and joint pain, dry skin, depression, and difficulty concentrating. Hashimoto’s also increases your risk for contracting other types of autoimmune diseases.

Grave’s Disease
Grave’s disease is a condition in which the thyroid gland produces too much hormone (hyperthyroidism). The release of excessive thyroid hormone speeds up the body’s metabolism and some of its processes, such as heart rate. This can have a significant impact on health and well-being.

Alopecia Areata
Alopecia areata is a skin condition which occurs as a result of our immune system mistakenly attacking our own healthy hair follicles and causes hair loss. When this happens, one or more bald patches appear on the scalp. These patches are usually round in shape and the size of a large coin. Occasionally the beard, eyebrows, eyelashes or other body hair are also affected.

Alopecia areata can occur at any age. However, it usually affects children, teenagers and young adults. Research shows that the first attack of this disease usually happens before the age of 30.

Rheumatoid Arthritis
People with RA are more susceptible to developing permanent joint issues because of chronic inflammation. The inflammation in RA is triggered by the body’s immune system and can lead to other health problems like blindness, heart disease, lung disease, or liver disease. Early symptoms of rheumatoid arthritis are joint pain, stiffness, morning stiffness lasting longer than one hour after waking up, and pain or swelling in at least three joints.

Multiple Sclerosis (MS)
MS is an autoimmune condition that occurs when the body’s immune system attacks the healthy brain and spinal cord cells. Causes of MS can vary, but they are often triggered by infections or genetics. Symptoms of MS vary depending on the severity of the condition and can include issues with vision, balance, coordination, swallowing difficulties, and numbness or tingling sensations.

Lupus Erythematosus
Lupus is a chronic condition that can come and go throughout a person’s life. It can cause inflammation and damage to healthy tissue and organs while compromising other vital systems in the body. Acute attacks include joint pain, muscle stiffness or swelling, fatigue, fever, skin lesions on the face or chest, and hair loss.

Type 1 Diabetes
Type 1 diabetes can affect the body’s ability to produce insulin, which is needed to help glucose enter cells and provide energy. When someone has type 1 diabetes, the immune system attacks and destroys beta cells in the pancreas, responsible for making insulin.

Symptoms include frequent urination, increased thirst, extreme hunger, mood changes, and fatigue. When you notice any of these symptoms in yourself or your loved ones, you should contact the appropriate medical professional to get a proper and professional diagnosis.

Psoriasis
Psoriasis is an autoimmune skin disease where the immune system starts to attack healthy cells on the skin, causing inflammation and rapid buildup of damaged cells. The result is red patches with silvery scales. Some different things can cause itchy patches on the skin, depending on the symptoms. In general, it looks like a dry patchy red rash and appears to have scales. Other symptoms include pustules or blisters.

Sjӧgren’s Syndrome
Sjӧgren’s Syndrome is a chronic autoimmune disease that can affect the moisture-producing glands in the body. Sjӧgren’s is one of the most common autoimmune diseases found in women. Symptoms can vary between patients, but they most often include dry mouth, dry eyes, dry lips, joint pain, or signs of arthritis-like symptoms like painful or swollen joints, fatigue, weight loss or gain, and elevated body temperature.

Pernicious Anemia
Pernicious anemia is a life-threatening condition that usually occurs after age fifty, but it can happen at any point in a person’s life. Pernicious anemia is when the body attacks its red and white blood cells platelets and causes a decrease in their numbers. It’s typically treated with medication or hematopoietic stem cell transplantation.

Myasthenia Gravis
Myasthenia Gravis is an autoimmune disease that affects the muscles, causing them to weaken and die. It can affect the nerves and cause weakness or paralysis, and it can be fatal if untreated. It can be tough to diagnose because it has no symptoms until it’s too late. Symptoms of myasthenia gravis can vary from person to person and range from mild to severe.

The Importance of Getting a Diagnosis

There are many different signs and symptoms of autoimmune diseases to be aware of. If you are suffering from any of these symptoms, especially consistently, you must reach out to a physician.  A basic understanding of some of the most common autoimmune diseases can help you get a proper diagnosis. It can also help you find the right treatment to cope with or manage your condition. 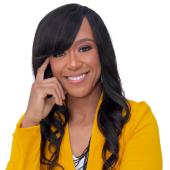 What is an Elimination Diet?